You are here : Home » About Scott Holliman Hair

History of the Salon

Scott Holliman Hair started back in 2000 in a tiny salon on Leadside Road, Rosemount.

At that point it had just about enough space for 2 styling positions and a backwash. It was small but clients loved the atmosphere. After 3 years of shoehorning clients into the small shop Scott decided to expand the business. The key was finding somewhere that kept the same vibe.

The shop next door – which was twice the size of the original premises – became available. It was perfect. So after a £20,000 refit it became the new home of Scott Holliman Hair.

After more than a decade Scott Holliman Hair can still be found on Leadside Road.

Growing up, Scott’s parents where keen for him to have a trade.

So he started as a Saturday Assistant in the late 1980’s in a hair salon called Rosedales on Crown Street. He enjoyed the work so much he decided that hairdressing was the career for him.

Scott was initially trained in 1986 at Beatson & Gordon – a renowned Aberdeen Hair Salon on Queens Road at that time. After 3 years he moved to Hair by Peter on Holburn Street. After this he spent a couple of years training with Ishoka in their Rosemount Salon.

Scott then became a Junior Stylist at Aztec on Belmont Street soon after. However he became disillusioned after a couple of years as very little money was reinvested in staff training or taking the business forward. It was at this point he decided to go it alone and become self employed.

He started by dipping a toe in the the chair rental business with a salon called Wilk’s on Huntley Street and had 3 happy years there. He then moved on to Innovations on Thistle Street for a further 3 years but had a dream to work from his own salon.

So in 2000 he proudly opened the First Scott Holliman Hair on Leadside Road, Aberdeen and fulfilled that dream.

After his experience at Aztec he knew that a good training program was essential to ensure he was up-to-date with the latest hair cutting and colouring techniques. This training program has proved to be great for him –  and fantastic for his clients.

Today Scott continue to invest in training to ensure his clients get the modern, stylish cuts and colours they deserve.

Why not give me a call to discuss your requirements or make an online booking. I’d love to hear from you.

Here is a selection of some of Scott’s training certificates for the courses he has taken over the last decade or so. 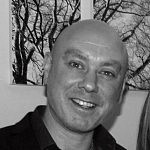